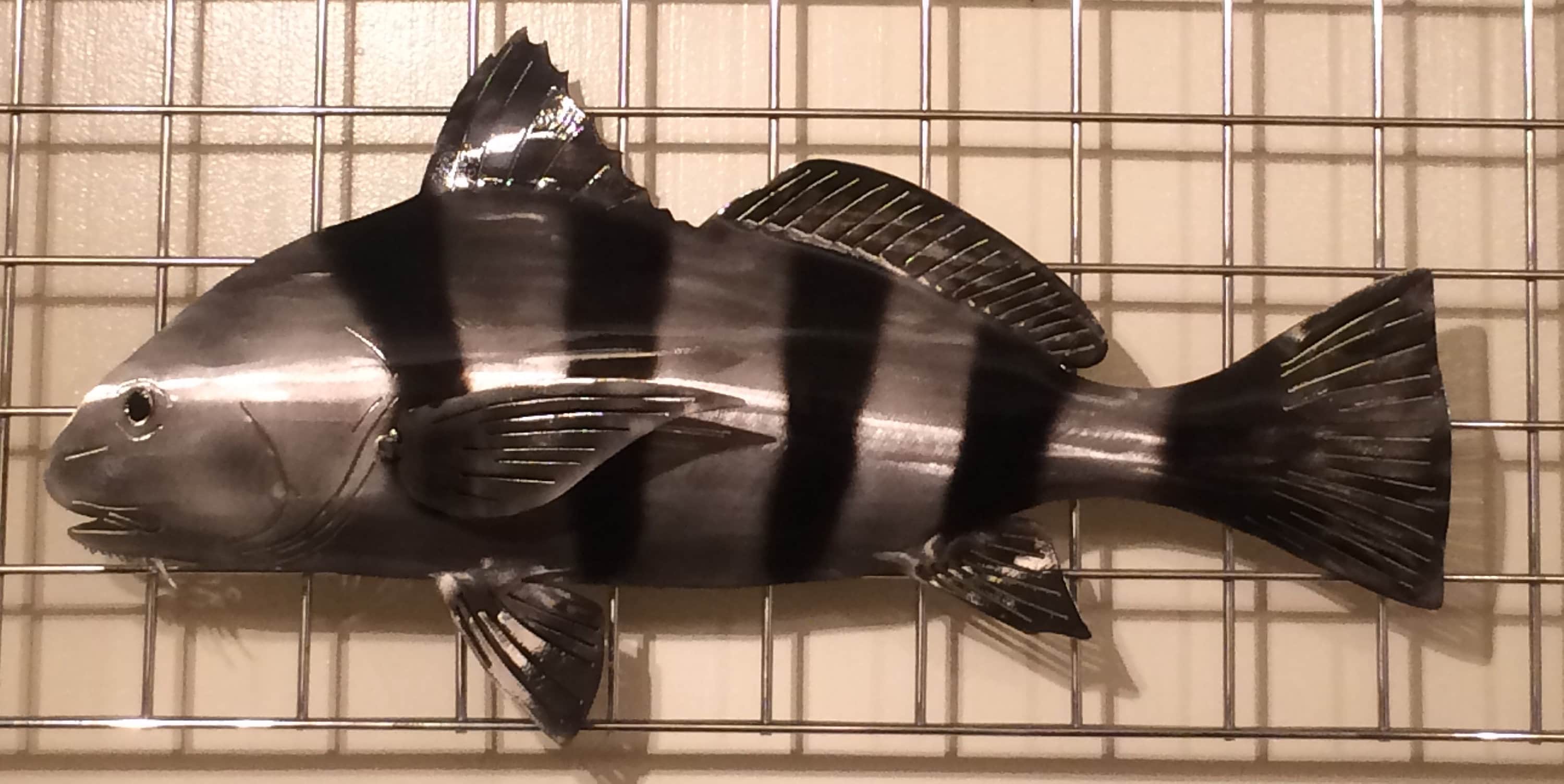 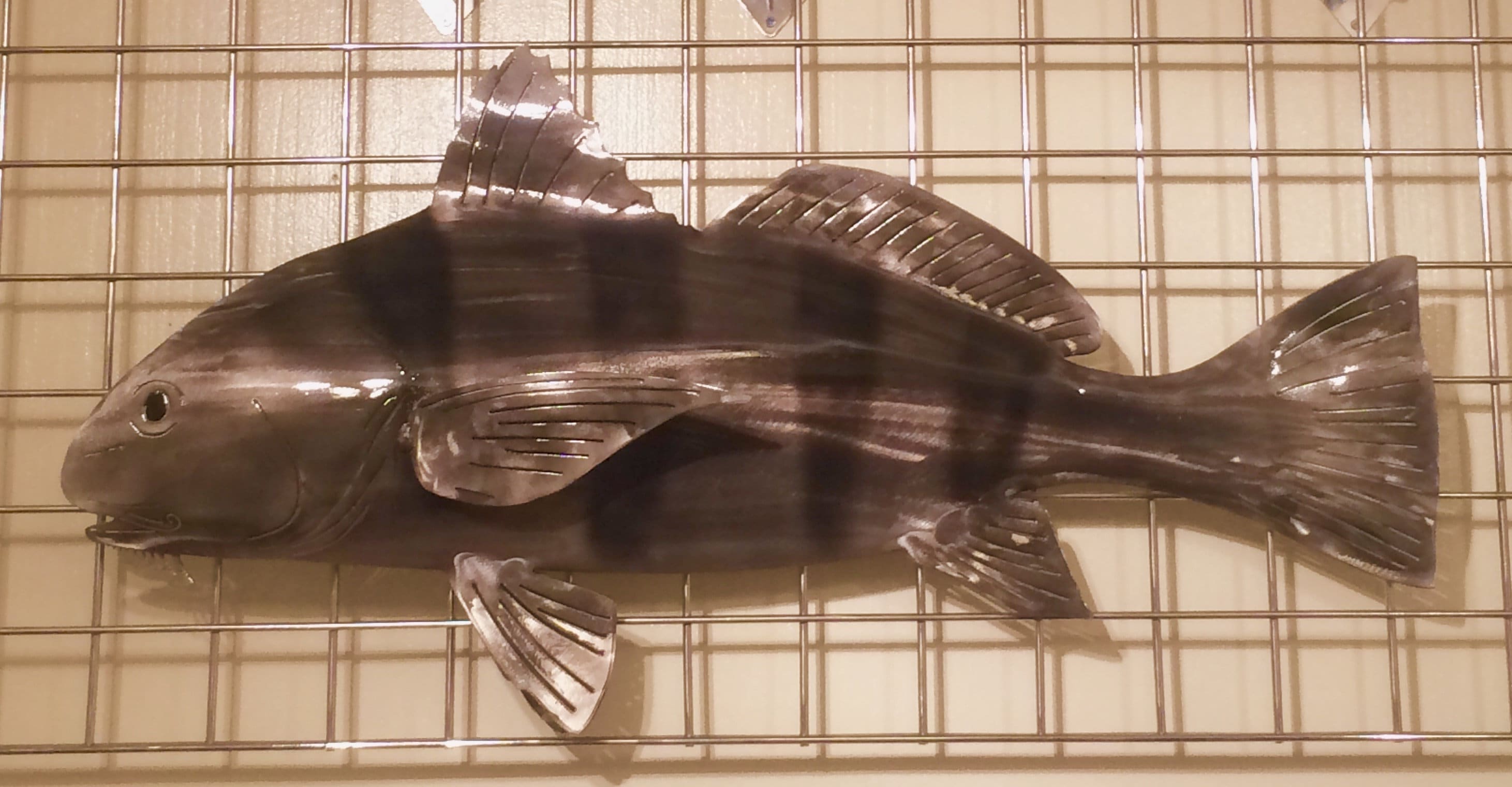 The black drum (Pogonias cromis), also known as the drum or drummer, is a saltwater fish similar to its cousin, the red drum. It is the only species in the genus Pogonias. Though most specimens are generally found in the 5-30 lb (2–14 kg) range, the black drum is well known as the largest of all the drum family with some specimens reaching excesses of 90 lb (40 kg). The world record black drum was just over 113 lb (51 kg). They are often black and/or gray in color with juvenile fish having distinctive dark stripes over a gray body. Their teeth are rounded and they have powerful jaws capable of crushing oysters and other shellfish. It is recommended those over 15 lb pounds (7 kg) should be released. Black drum are capable of producing tones between 100 Hz and 500 Hz when performing mating calls. The black drum is usually found in or near brackish waters. Larger, older fish are more commonly found in the saltier areas of an estuary (closer to the ocean) near oyster beds or other plentiful food sources. Juvenile fish have 4 to 5 bold vertical black bars on a light background and can be mistaken for Sheepshead at first glance, but are distinguished on closer inspection because sheepshead have teeth and black drum have chin barbels. These stripes usually fade to dull grey as the fish grow from 12 in to 24 in in length. Juvenile fish are more commonly found in less salty areas and relate more strongly to structure and cover.

*** See select materials box for options on sizes and pricing ***

*** Piece is made with mounting brackets welded on back ***

0 items in your cart